Are you the next First Tracks Award winner?

Applications are accepted throughout the year and are awarded once per year at the founder’s discretion. Why? Because genius ideas deserve immediate recognition. Thank you for your interest. Please download the First Tracks Award Criteria and First Tracks Award Nomination Guidelines

Purpose of the Award

The term ‘first tracks’ refers to the imprint made by someone who is the first to blaze a trail across new-fallen snow. I created the First Tracks Award to recognize individuals or organizations in sexology who are innovative educators, who develop useful models or areas of research, or who provide consulting or counseling in new ways. Other sexology awards honor publishing, research excellence, work quality and service. This award recognizes those who not only think differently but who also turn their ideas into action.

Description of the Award

The emphasis in judging applicants for the First Tracks Award will be on how effectively the innovation addresses its stated objectives, which may relate to the enrichment of an area of sexology, to individual’s lives, to organizational practices, etc. The evaluation criteria that will guide the panel of judges will include:

All nominations must be based on the official First Tracks Award Nomination Guidelines.  Applications will be accepted throughout the year and awards are granted annually on a rolling basis.

Self nominations are welcome, as are nominations by another person, if permission is granted by the nominee.  Applications are reviewed and voted by a Selection Committee consisting of the president of Honest Exchange LLC and other professionals in the field of sexology, selected by the president. Selection Committee members must recuse themselves from the review if they have a close relationship to any nominee whose application they would be reviewing.

Honest Exchange LLC reserves the right to make changes in the award criteria and presentation terms without notice. Such changes will not occur during the application and review period for any given year. 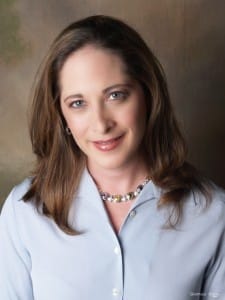 “I presented the First Tracks Award to Judi to recognize her tireless work to help women find answers to their sexual health problems. Many physicians lack the comfort or training to diagnose and treat sexual pain, desire, and orgasm difficulties, but Judi comfortably and expertly treats female patients across the lifespan,” said Melanie Davis, PhD, founder of the First Tracks Award.

The term ‘first tracks’ refers to the imprint made by someone who is the first to blaze a trail across new-fallen snow. Davis created the First Tracks Award in 2012 to recognize individuals or organizations in sexology who take creative approaches to problem solving and who turn their ideas into action.”

Hersh is a Boston-trained obstetrician/gynecologist who has studied sexual medicine at the Pelvic and Sexual Health Institute. She co-founded Central Jersey Women’s Health Associates and is now a partner in Women’s Care Source, with offices in Morristown, Bedminster, and Denville, NJ.  She is on staff at Morristown Memorial Hospital and St. Clair Hospital and is  a clinical assistant professor at Robert Wood Johnson Medical School. She belongs to the International Society for the Study of Women’s Sexual Health and the Sexuality and Aging Consortium. She is a NAMS Certified Medical Practitioner (North American Menopause Society). 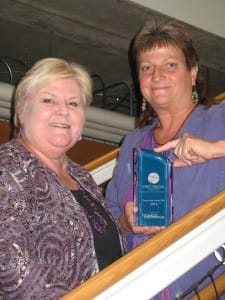 Davis selected James for the 2014 First Tracks Award to recognize her cutting-edge work as well as for her commitment to making a difference in the lives of people challenged by substance abuse.

“The term ‘first tracks’ refers to the imprint made by someone who is the first to blaze a trail across new-fallen snow,” says Davis, adding, “I created the First Tracks Award in 2012 to recognize individuals or organizations in sexology who take creative approaches to problem solving and who turn their ideas into action.”

James’ innovations are an outgrowth of her work with substance-abusing clients since 1995 and her observations that sexuality-related variables are often linked to why people used substances and/or relapsed into using them. These variables include sexually transmitted infections and HIV, sexual behaviors, reproductive health, sexual dysfunction, sexual orientation, domestic violence, rape, incest, and sexual assault.

The Sexual Health in Addiction Recovery Model (SHARM) James developed reflects years of observation, data collection and research by James and other clinicians. It should trigger a fundamental shift in the field of substance abuse treatment through the development of evidence-based treatment approaches directed to the unique, gender-specific sexual health interventions.

James authored one of the first books on sexuality and addiction, Sexuality and Addiction: Making Connections, Enhancing Recovery (Praeger Publishers, 2012), and she is the editor of the forthcoming Encyclopedia of Sex and Sexuality for Greenwood Publishers. She frequently publishes in peer-reviewed journals and delivers lectures and presentations on sexuality, addiction, and related topics.

She is a tenured associate professor of Addictions Studies & Behavioral Health at Governors State University, University Park, IL. She is the 2012 winner of the university’s Faculty Excellence Award. For more information about her work, contact Raven James at dr.ravenjames@att.net 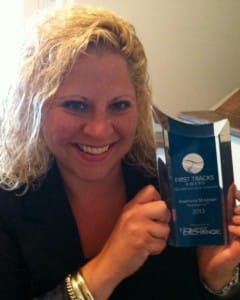 Stephanie Mitelman, MA, owner of the Sexpressions™ in Montreal, Quebec, is the 2013 recipient of the First Tracks Award for Innovation in Sexology.

Honest Exchange president Melanie Davis, PhD, says she selected Mitelman for the award to recognize her ground-breaking sexuality education resources that address the learning styles of youth with Autism Spectrum Disorders (ASDs).
As an authority on and advocate for sexuality education for youth with ASDs, Mitelman creates innovative workshops, publications, and teaching tools for use by teachers, counselors and parents. She also is one of the few educators in North America helping adults with ASDs and their partners to build relationship skills.
Mitelman’s online store, Sexpressions.com, features her own innovative sexuality education resources, such as photographic flash cards and sequencing cards that suit the learning styles of youth with ASDs. She also sells the best products developed by other resource developers.
Mitelman is the only certified sexuality educator in Montreal. She conducts trainings nationally on sexual heath, pregnancy prevention and sexually transmitted infections and HIV; in addition, she teaches at McGill and Concordia universities.
The First Tracks award winner also consults with older individuals with ASD, a target market previously ignored. Says Davis, “Older adults generally lack access to sex education, and the ASD population suffers an even greater lack. Stephanie’s contributions are tremendously important.”
For more about Mitelman’s work, visit www.sexpressions.com or call 1-866-837-3851.

Megan Andelloux is a fearless champion for pleasure-based, consensual sexual behavior, consistently developing new ways to provide and advocate for comprehensive sexuality education.
Andelloux’ s Center for Sexual Pleasure and Health in Pawtucket, RI, provides affordable consumer access to information about sexuality, sexual health, and sexual pleasure. It is unlike other storefront sexuality-themed companies in that the CSPH does not sell retail products; it does, however, offer private consulting, workshops, trainings and other educational programming.
In 2012, one of Andelloux’s innovations was to create  WhatTheyAreAsking.com, a website that presents questions real people ask sexuality educators. Site visitors vote on the question they’d like answered, and professional sexuality educators provide video responses. The same year, she was a participant in the first Summit on Medical Education in Sexual Health, and she published the Map of Gender and Sexuality Programs, which allows prospective students and professors to locate academic institutions tackling issues of sexuality and gender. She holds the Certified Sexuality Educator designation from the American Association of Sexuality Educators, Counselors and Therapists.